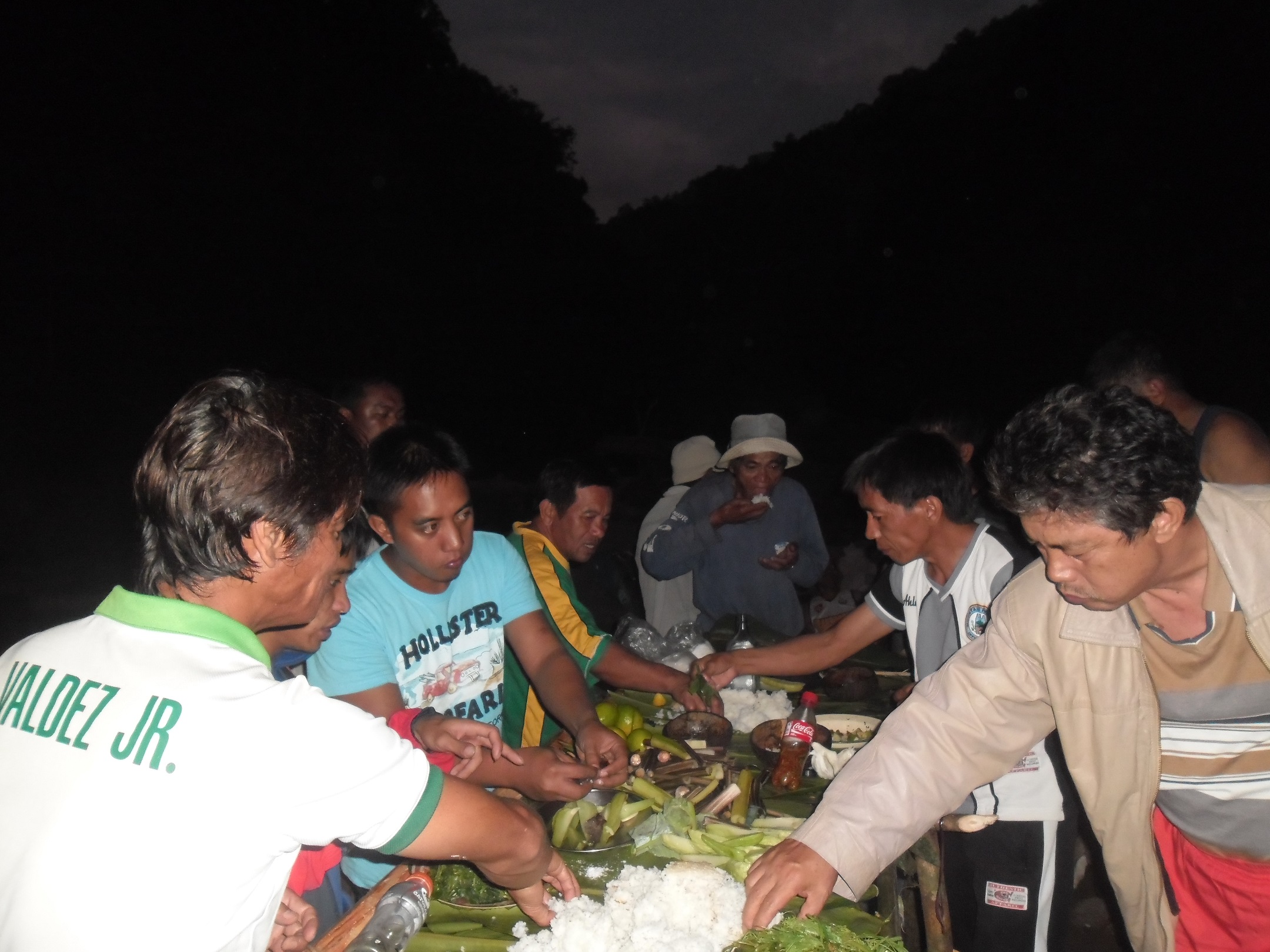 Personnel from the ENRO, PSDO and PSSO together with interested mountain trekkers visited the place last October 8 -10, 2015.

Barangay officials headed by Punong Barangay Rexibar B. Charaychay of Lias Silangan and Punong Barangay Romeo F. Amawan of Lias Kanluran welcomed the team. The trekkers were briefed on precautions and safety along the hunter’s trail to a place where the trail guides select a good area to camp for the night.

Relative to this, the trekkers assured that they shall refrain from taking aerial flowers, shooting wild birds and animals, and shall only take pictures. The team followed a trail along the Tanudan River towards a hamlet called Sitio Kangaw. On the way, the trail guides led the group to rest in places where forest animal hunters traditionally hear or see a sign of omen of a good luck or bad luck thru whistle of red birds called Ichiw.

Sitio Kangaw is about five kilometers from Lias Proper, with more than fifteen field farm houses surrounded with wild unattended fresh and organic vegetables and oranges. The trail guides gathered vegetables for meal and picked oranges fruits to quench the almost dried throat of trekkers walking under the hot sunny day. Erlindo C. Bayon, a very accommodating resident of the Hamlet provided ripe sweet bananas to the group.

About a kilometer downstream of Sitio Kangaw in a river bank was the agreed safest, accessible and a comfortable camp for two nights camping. The team enjoyed gazing at the sky with a bonfire glimmering the whole night. The trail guides left during the night for night fishing and night patrolling. They returned with some luck for a dish in the morning.

The trekkers went as far as Sitio Tongpop, with a flat virgin forest, and uneven stone and ancient stone caves. Along the forest trail, flying birds and eagles were seen and can be heard singing or whistling far above the forest tree lines.

In the third day, the team enjoyed taking a bath in a cool crystal Tanudan River water. They cleaned their camp and trekked back home following the same trail.

Tasting the sweet juicy ponkan oranges, the trekkers bought from a passing farmer who just gathered ponkan oranges from his farm.

It can be recalled that in 2007, two eagles named Changyasan and Falika were freed by the resident of Lias, spearheaded by Provincial Tourism Officer Roger U. Sacyaten.

Since then, the eagles were not seen, but some farmers in Sitio Kangaw shared of hearing the eagles whistle at night. Provincial Environment Technician Julio Maches confirmed that the eagles domicile in a huge Almasiga tree, in Sitio Tichichan, a place of more than a kilometer away from Sitio Kangaw on the Southside.

The trekking, in addition to many tourism related activities, is foreseen as a preparation to the approval of the Senate of House Bill 2194 of Congressman Maximo Dalog which is entitled: “An Act Declaring the Municipality of Barlig as Tourism Development Area and Appropriating funds therefor”. The bill is now at the Senate and awaiting approval.

Once approved, the law would accordingly provide development funds on tourism to enhance the attractions visited by the group.