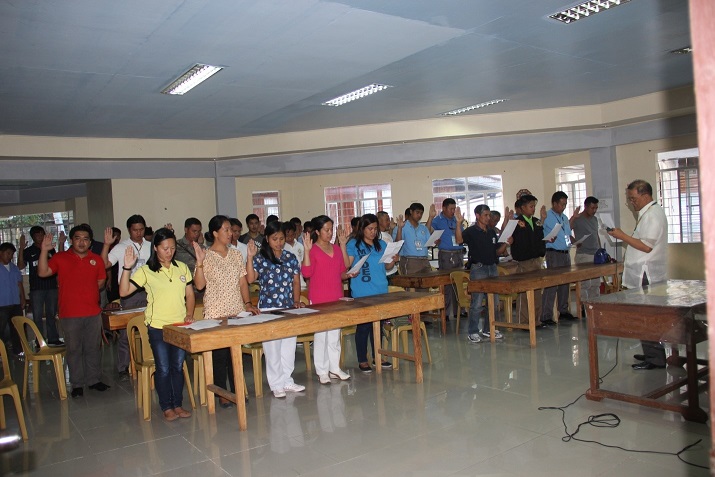 About 45 members recently took oath in the presence of Governor Leonard G. Mayaen who is also the Chairperson of the Provincial Disaster Risk Reduction and Management Council (PDRRMC). The responders previously underwent Basic Life Support (BLS) Training sponsored by the provincial government.

In his message, Mayaen expressed his full support to the endeavors of the PDRRMO and gave assurance that the provincial government will provide continuous and significant trainings and skills improvement to responders. He also committed to provide other interventions to assure that the level of disaster preparedness in the province are met, to avoid potential unfavorable impacts of disasters.

Mayaen also expressed the provincial government’s support to the disaster preparedness program of the national government which is being implemented by the DILG. // Erwin S. Batnag