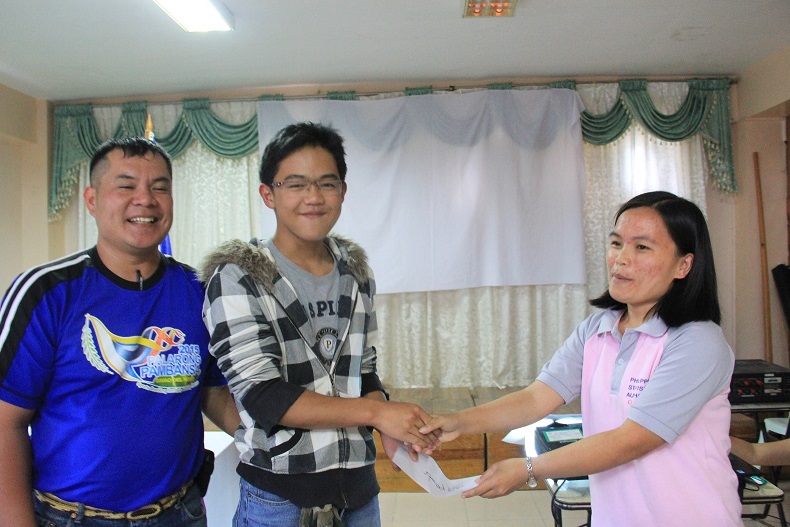 Bontoc, Mountain Province – In observance of the Population and Development Week every November 23-29, secondary students in the province gathered for a poster making contest and Population Education (Pop-Ed) quiz bee on November 21, 2015.

Pursuant to Presidential Proclamation No. 76 issued in 1992, the observance stresses the importance of population management in improving the quality of life of every Filipino.

For the Poster Making -2nd Category comprising Grade 10 students, LJ Babaran of MPGCHS was the champion, followed by Sherwin B. Becyagen of Otucan- Bila National High School in the municipality of Bauko and Jayvee Posd of Besao National High School landed in 3rd place.

The Population Development Office here said that Ambucay will represent Mountain Province in the regional Pop-Ed quiz bee. In an interview with Roger Gawidan, a teacher of St. James High School and the coach of Ambucay, he shared that their one week review before the competition paid off. He added that they have focused in all the available reading and reference materials the school has. In relation to this, Gawidan is hopeful that Ambucay will land a spot in the regional Pop-Ed quiz representing the province.

The judges in the contests are Jhay Sapdoy of the Philippine Statistics Authority (PSA) – Mountain Province, Health Education and Promotions Officer (HEPO) II Prima Donna L. Te-elan of the Provincial Health Office and Faith Pec-ao of the Office of the Provincial Veterinarian.

The activity was spearheaded by the Population Development Office of the Provincial Government of Mountain Province. // Alpine L. Killa