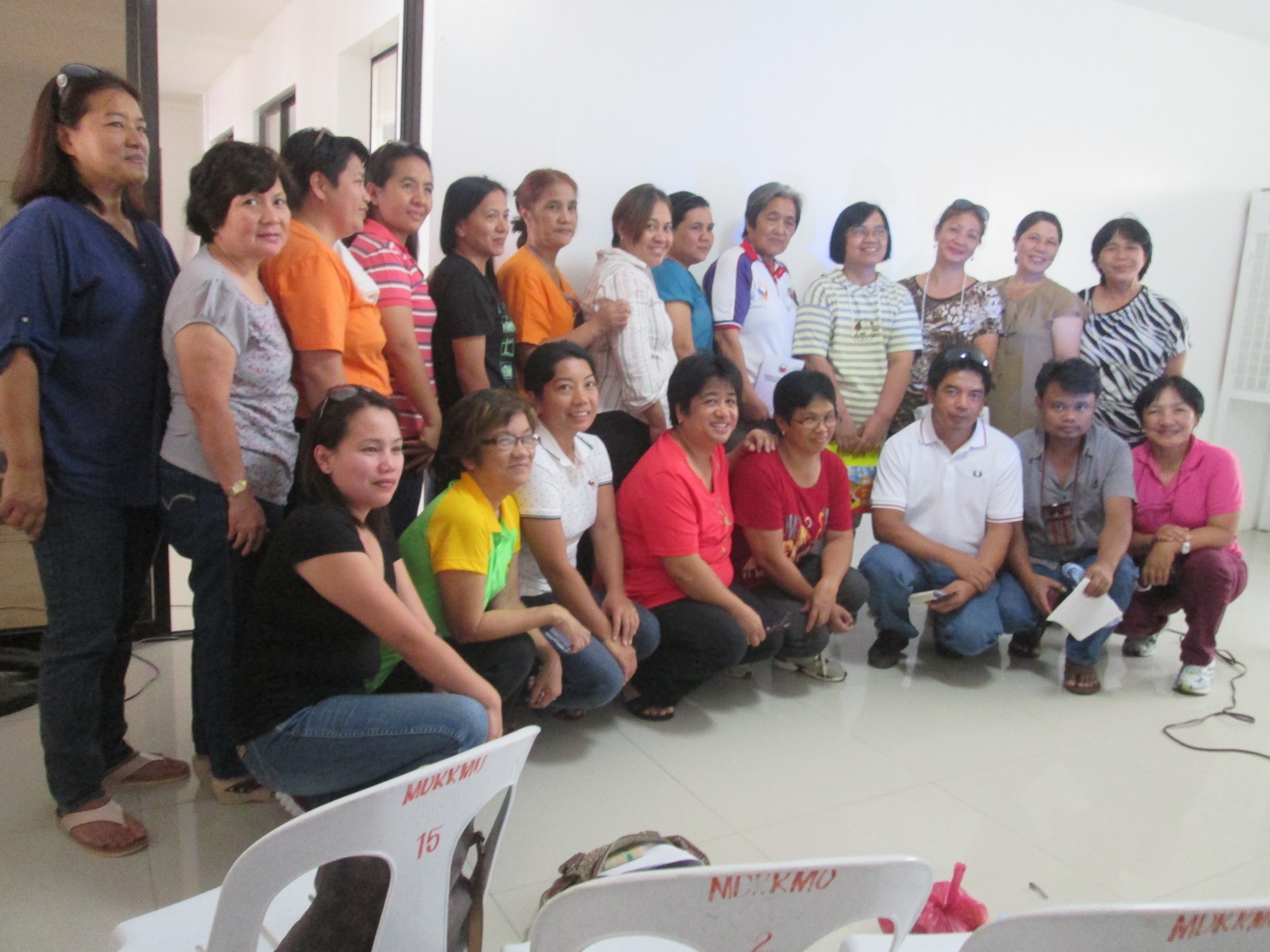 Bontoc, Mountain Province – Recognizing the successful initiatives and programs the Province of Iloilo has embarked in Gender and Development (GAD), the Mountain Province GAD Team lately visited the said province for a learning exposure on gender mainstreaming strategies.

The Province of Iloilo was named one of the five GAD Local Learning Hubs (LLH) in the Philippines. The Philippine Commission on Women (PCW) recognized the province’s initiatives to empower women along with the provinces of Quezon, Aklan, Camarines Sur and Davao del Sur.

The 14-member team was led by Sangguniang Panlalawigan Member Florence N. Taguiba who is also a member of the Provincial GAD Executive Committee, and GAD Focal Person and Provincial Population Officer Shirley A. Chiyawan. The group comprises members of the Technical Working Group, Secretariat and their active partners in the implementation of GAD programs and activities in Mountain Province.

Velma Jane C. Lao, a member of the National Gender Resource Pool started her presentation stressing that “Every journey begins with a single step, but you will never finish if you do not start.”

The focus of convergence was economic empowerment of women in micro- enterprise, and protection and promotion of Women’s Right to freedom from all forms of violence. It is the aim of the Provincial Government of Iloilo and its partner stakeholders to improve economic opportunities and sustainability of women –managed enterprises, and to improve security, safety and recovery of women’s vulnerable to violence or abuse. The role of the provincial government was to extend technical and financial support to the convergence initiatives of pilot LGUs, and anchor convergence planning, networking and linkage building.

Lao shared the concept on Women’s Economic Empowerment (WEE). WEE refers to women’s access to and control over high- value productive resources and enjoys benefits from wealth- creating opportunities equal with men in terms of information, credits, loans or financial assistance, training, markets, technology, decent jobs and humane working conditions. She added that in partnership with the Philippine Commission on Women, the Gender Responsive Economic Actions for Transformation (GREAT) of Women Project was conceptualized and implemented in eight provinces to include Ifugao, Quezon Province, Camarines Sur, Bohol, Iloilo, Leyte, Davao del Sur and PALMA PB Alliance. GREAT Women Project is a governance and capacity development project. As a capacity development project, it intends to increase the ability of individuals, organizations and institutions to perform their functions achieve their mandate by integrating gender and women’s economic empowerment in the current economic governance and enterprise development initiatives. The project was funded by the Canadian International Development Agency (CIDA).

Human Resource Management Officer and Iloilo Provincial GAD Focal Person Alma Ravena shared the experiences and learnings of the Iloilo Provincial Council. She attributed the recognition of the Province of Iloilo as a GAD Local Learning Hub to the institutionalization of results-based management framework in the planning, implementation, monitoring and evaluation of GAD programs in the province.

She also cited the establishment of convergence with municipalities in organizing women entrepreneurs, strengthening of women-led enterprises and promotion of local economic development. “The establishment of an operational GAD Unit and Iloilo Provincial GAD Council in 2013 also helped explain why gender-sensitive policies were carried out successfully in Iloilo,” she added.

In addition, the Mountain Province Team visited the municipality of Pavia in Iloilo Province. Pavia is one of the three municipalities that benefitted from the GREAT Women Project of the National Commission on the Role of Filipino Women (NCRFW) with funding from the CIDA. On behalf of Pavia Mayor Michael B. Gorriceta, Municipal Administrator Ramy P. Madero welcomed the group. He challenged the Provincial GAD Council of Mountain Province to incorporate their learnings during their visit in Iloilo Province to the Programs Projects and Activities of the Provincial GAD Council-Mountain Province.

Relative to this, two of the women in Pavia who were among the recipients of the GREAT Women Project shared their success stories in engaging into micro enterprises. Both of them stressed that the success of their micro enterprise businesses is because of the convergence of the PLGU of Iloilo, LGUs, national government agencies, NGOs, NCRFW, CIDA and other stakeholders.

Aside from this, the team visited Guimaras Province to learn from their GAD programs and activities which the Provincial GAD Council of Mountain Province may adopt.