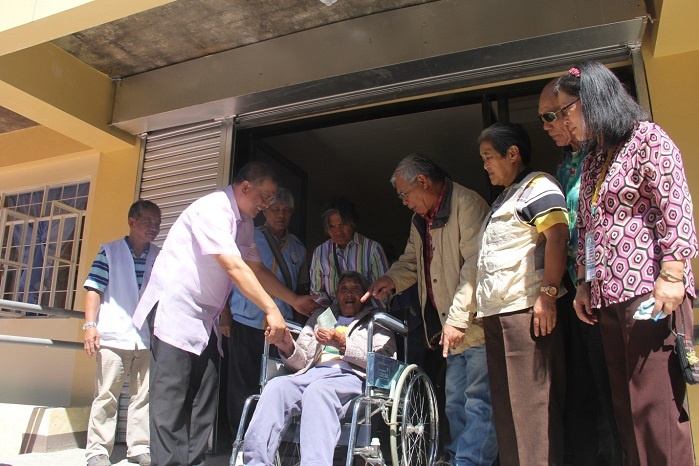 According to Provincial Social Welfare Development Officer Rosalinda Belagan and Provincial Office of Senior Citizen’s Association (OSCA) President Norbertina Ramirez, the completion of the center was through the concerted efforts of the past and present administration,specifically during the stint of former governor Maximo B. Dalog and current governor Leonard G. Mayaen. Also contributory to the realization of the center is the continuous lobbying of Senior Citizens, Persons with Disabilities (PWDs) and other stakeholders.

“The clamor of the senior citizens to build a center in the province was made possible through their dedication and through the collective efforts of our provincial officials” Belagan said.

Governor Mayaen in his message shared that the completion of the first floor of the center was through the P2.1 Million which the provincial government sourced out from the fund of Senator Kiko Pangilinan.

Mayaen said that the building shall be the center for senior citizen’s social enhancement activities i.e. trainings, meetings and other activities where they can raise and address issues concerning their sector. It will also cater to PWDs. Meantime, it will also be a Bahay Pag-asa, a center catering to youth offenders. He added that the completion of the second floor building will start next year and will become the Pahay Pag-asa Center.

Aside from the center, the two-storey building built near the provincial swimming pool was designatedto house the senior citizens who come from far- flung areas of the province. He remarked that this intervention from the government is giving due respect to elders by addressing their pressing concerns and at the same time giving due recognition to the important roles that elders play in nation building.

In same occasion, the provincial government also recognized two centenarians where each received P20, 000.00 as cash gift plus a plaque. The two centenarians are Juana Goyec Biyangdan, aged 103 years and from Monamon Sur, Bauko; and Particia Sacgaca Cudalap, 101 years old and a native of Bontoc.

It could be recalled that the centenarian award was enacted through SP Ordinance No. 192 to recognize individuals in Mountain Province who have reached the age of 100 or more. Said ordinance was authored by Board Members Atty. Florence N. Taguiba and Romeo M. Pagedped.