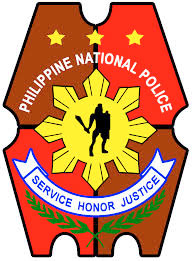 SABANGAN, Mt. Province – Aside from its mandate to serve and protect, Sabangan Municipal Police Station (MPS) takes pride in coming up with a program to reach out  and help the communities of this municipality in a different way.

With their program dubbed as “Pulis Ko, Kartero Ko”, personnel of Sabangan MPS serve as mailmen, knocking at every doorstep and delivering mails and packages dropped at the police station.

It has been a practice that mails, even money, food and other goods are being dropped by public utility transportations such as buses to the police stations located along the road where addressees may claim.

With this situation, Police Senior Inspector (PSI) Richard P. Soliven, the former chief of police of Sabangan MPS initiated the program in 2014 believing that it will lessen the burden of the community in having to go to the police station to claim deliveries.  Moreover, PSI Soliven thought that such predicament is more cumbersome to those from the far-flung barangays of Sabangan.

Soliven relayed that even at night time, money, mail and packages are delivered to the houses of the receivers whether it is near or far from the police station.  To ensure that these were received by proper recipients, the police station uses a logbook for routing purposes.  Recipients fill the logbook by indicating their names, particulars of the item/s, date and time of receipt and by affixing their signatures as recipients.

Soliven is happy to know that Police Inspector Alyson Kalang-ad who took over his place as chief of police, carried out the program.

Kalang-ad stressed that through this program, the public will feel the sincerity and presence of the police in bringing services to the grassroots and to let the communities see the humanitarian side of the police.

Meanwhile, the community appreciated this effort in bringing the police closer to the far-flung communities