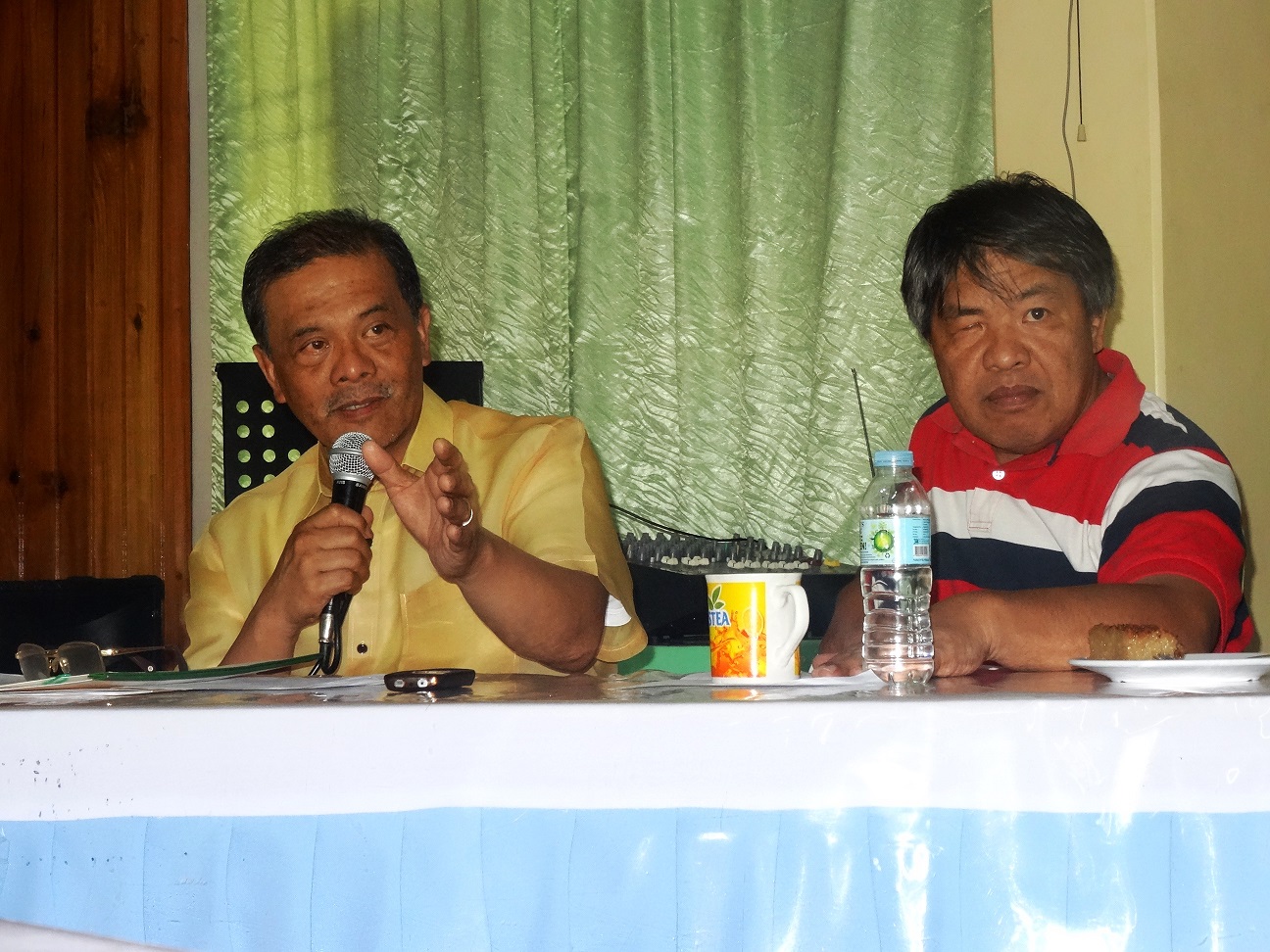 The PDC, which is the province’s highest development policy-making body, unanimously adopted and approved the 2016 AIP in a meeting held at the Samoki Valley Inn last September 15.

“What we, as a province, for 2016 and the succeeding years shall become is dependent on the AIPs,” said PDC Chair Gov. Leonard G. Mayaen in his opening remarks. With this, he urged the body to sift through the AIP. The governor expressed hope that the PDC sees the wisdom in the distribution of funds among the development sectors and more importantly, for the PDC to adopt and consequently endorse the AIP to the Sangguniang Panlalawigan for deliberation and action.

Gov. Mayaen revealed that the appropriation of 653 million will cover the implementation of the Provincial Local Government Unit’s priority programs and projects stated in its 2016 Annual Investment Plan.

The AIP appropriation is based from the projected income for next year which was set at around P653 million, with the indicative Internal Revenue Allotment or IRA share of P587 million and the projected amount of P 66 million in other local revenues, an increase by 8% compared to last year’s.

In the same message, the Chief Executive assured the PDC that the AIP underwent scrutiny by concerned Provincial Government units (i.e. Provincial Planning and Development Office, Provincial Budget Office) before it was finally packaged for presentation; hence, the AIP is compliant to the prioritization criteria and has captured the national agenda for development.

In addition, the governor noted that the formulation of the AIP is a manifestation of the provincial government’s adherence to the transparency law and is in compliance to Joint Memorandum Circular (JMC) No. 1-2007 of DILG-NEDA-DBM and DOF.

“The JMC aims to harmonize and synchronize the planning, investment, programming, budgeting and expenditure management and revenue administration at the local level; hence the AIP,” he said.

“The AIP shows the blueprint of our investments that are deemed vital in terms of the delivery of various basic services to our constituents and in addressing the development needs of our remote and marginalized areas,” Gov. Mayaen said in a statement.

The AIP: What it is and its processes

“The Annual Investment Plan constitutes the total resource requirements of the LGU consisting of the annual capital expenditures as well as the regular operating expenditures that will serve as basis for the preparation of the annual budget and supplemental appropriations,” Gov. Mayaen said.

The funding source of the AIP is the 20% LGU Internal Revenue Allotment share as stipulated in RA 7160 (Local Government Code of 1991).

The preparation and then the approval of the AIP is a thorough process .

Crucial to the AIP is the Provincial Development Council’s approval. The PDC, which is headed by the governor, is composed of officials of the province’s 10 towns as well as leaders of peoples’ organizations and non-government organizations that are recognized or accredited by the local government. This is in accordance to Sec. 107 of R.A. 7160.

The PDC also has an executive committee which is tasked to: (1) Ensure that the decision of the council are faithfully carried out and implemented; (2) Act on matters requiring immediate attention or action by the council; (3) Formulate policies, plans, and programs based on the general principles laid down by the council; and (4) Act on other matters that may be authorized by the council.

In an interview with the PDC Chair, he said that the composition of the PDC as mandated by the Local Government Code, shall ensure that the pressing needs of all people province-wide is addressed.