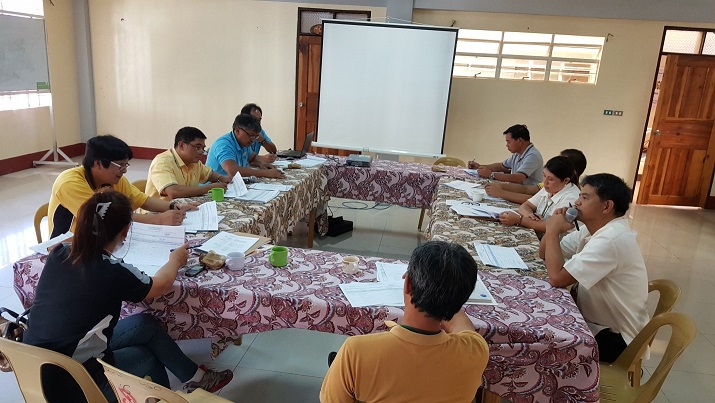 Bontoc, Mountain Province – As part of road map towards service excellence, the provincial government through its Performance Management Team (PMT) conducted a forum-workshop on the 2016 Office Performance Commitment and Review (OPCR) with heads of offices on December 2, 2015.

This forum was held in response to the directive issued by the Civil Service Commission (CSC) to the Office of the Provincial Governor to strictly implement the provisions under CSC Memorandum Circular No. 6, s. 2012.

Prior to the presentation of the various department heads, Lausan stressed on the review process as an integral part of the implementation of the localized Strategic Performance Management System. Hence, the pre-assessment done by the PMT secretariat chaired by Provincial Planning and Development Officer Lily Rose T. Kollin and the initial review conducted by the PMT.

Also, Malla-ao emphasized that the activity sought not only to comply with the submission of the OPCR and the Individual Performance Commitment and Review (IPCR) for two rating periods within the year but also to submit each office’s Commitment for the Year 2016. She further enlightened the heads on the provisions of CSC Memorandum Circular No. 6, s. 2012.
Furthermore, Provincial Accountant Theodore B. Marrero elaborated on the impact of the performance ratings on the giving of the Performance Enhancement Incentive to deserving personnel in pursuance to Department of Budget and Management’s Memorandum Circulars. He also discussed on other possible sanctions (i.e., disqualification for performance-based personnel actions requiring rating/s for a given period/ periods such as promotions, trainings, scholarship grants) to be meted out to employees who shall fail to submit their OPCRs and IPCRs.
As a final output, the PMT urged each office to incorporate all recommendations and submit their final OPCRs to the PMT secretariat on or before December 11, 2015. // Novy R. Afidchao