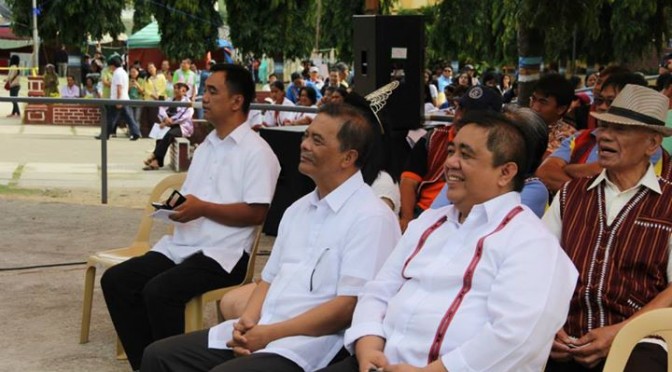 BONTOC – The launching of Lang-ay 2015 last October 29, 2014 marked a new stage in the development of the province’s festival as a partnership between the Provincial Government and the private sector was shaped to further augment the province number one tourist drawer.

With the concept of coming together to partake and mutually share the joy of being together with one culture, as one province and as one people with the rest of the world, The Lang-ay Festival was born last 2005 during the 38th founding anniversary of the Province during the term of then Governor Maximo B. Dalog.

Since then, the Lang-ay Festival has been celebrated yearly with the aim of nurturing and sustaining cultural heritage while helping to build the province’s tourism and commerce industry.

When it was first held, the festival did not only revitalize our culture but also made the people proud because even though we have a diverse culture in our place the people are united with a common goal and its continuance only shows the capability of our leaders in bringing the people together.

Sometimes after the celebration of the Mountain Province Foundation Day and Lang-ay Festival in 2014, Governor Leonard G. Mayaen conveyed his desire to transfer the management of the Lang-ay Festival to the private sector with the objective of involving the latter in the improvement of the festival, and at the long run, enhance the tourism industry of the province.

After a series of consultations and meetings, an understanding was made with the multi-sectoral support of the business, religious and academe sector to form a partnership with the provincial government in the implementation and success of the provincial festival.

Governor Mayaen described the successful launching of Lang-ay 2015 as a demonstration of public and private partnership being fully realized with a common goal of preserving our cultural identity while strengthening the tourism industry of the province.

Mayaen stated that the move has been approved by the Sangguniang Panlalawigan and was also fully supported by the national line agencies and local government units.

With the theme “One People, One Heritage, One Direction Towards Cultural Identity”, the launching which also coincides with the Indigenous People’s Month Celebration was graced by Mountain Province State Polytechnic College (MPSCP) President and guest speaker, Rexton Chakas.

In his message, the college president said that we had come a long way as Indigenous People and as Cordillerans from Mountain Province. He puts up a challenge to get involved in our analysis of ourselves, our claims to authenticity and our view of our directions as people of Mountain Province.

Moreover, other highlights of the opening activity include the Launching of Lang-ay 2015 Theme Song Competition Contest, The Launching of Igorot Showdown – Search for Talents and the Opening of the Trade Fair.