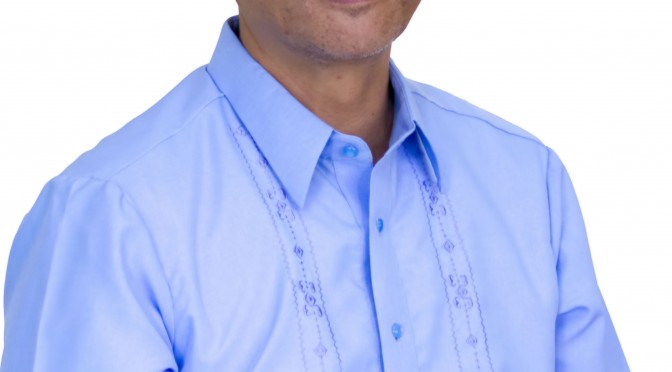 BONTOC, Mountain Province- Governor Leonard G. Mayaen vowed that the provincial government will continue to enhance its services to address the needs of the people in the province.

In his State of the Province Address (SOPA) on January 6, 2015 before the members of the SangguniangPanlalawigan, Mayaen cited the over-all perfromance of the provincial government last year. He stressed that during the assessment conducted by the Department of Interior and Local Government (DILG), the agency lauded the provincial government for complying with the six basic elements of the Seal of Good Local Governance. These include good financial keeping, disaster preparedness, social protection, business friendliness and competitiveness, environment management and peace and order. The Seal of Disaster Preparedness was also given by the same body which recognizes the province’s excellence in disaster preparedness and response before and after calamities.

Giving primacy on education, the provincial government allotted P3.8 Million to finance 29 classroom teachers, 44 school personnel, 14 Alternative Learning System (ALS) teachers and six Da Care workers. Also, the provincial government has assisted 774 students receiving P3, 000.00 each every semester thru its Mountain Province Student Financial Assistance Program (MPSFAP). Aside from them, there are 25 students from the province enrolled under the UP- Ladderized Program for Health Workers who are beneficiaries of MPSFAP.

Moreover, 100 students benefitted from the Special Program for Employment of Students (SPES). These students were employed 20 days in 2014 with the Provincial Government shouldering 60% of their wage, and the Department of Labor and Employment (DOLE) the remaining 40%.

The governor also announced that health services have improved in the province as it is a priority of the provincial government. Provincial hospitals to include Bontoc General Hospital, Paracelis and Besao District Hospitals are now implementing the Point of Care System to enroll indigent families not covered by Philippine Health Insurance Corporation (PHIC). With hospital based enrolment of indigent families to Phil Health, 690 were enrolled. Mayaen shared that the provincial government allocated Five Million Pesos this year to sustain the program with its hope that health services is accessible to all.

Mayaen also believed that more constituents in Mountain Province and nearby provinces can now be catered to by the Bontoc General Hospital (BoGH) with the completion of the new storey- OPD Ward Complex amounting to P29.8 Million funded by the Department of Health- Cordillera Administrative Region (DOH- CAR) through its Health Facility Enhancement Program (HFEP).

In a related development this year, the budget for BoGH was increased to Three Million Pesos and P2.1 Million for Paracelis District Hospital for hospital improvement and purchase equipment.

Further, the provincial government included in its annual budget for 2015 the procurement of additional Dialysis machine with Osmosis System. The Dialysis Clinic at BoGH has been serving 18 patients since its operation last year. Furthermore, Two Million Pesos was allotted for Maternal Health Care and Community Health Outreach and Nutrition Program this year.

The governor admitted that the provincial government cannot provide employment to all its constituents. Thus, the Mountain Province Overseas Employment Program which he initiated in 2011 continuously helps constituents from Mountain Province. With a very minimal interest, the provincial government is very willing to lend the amount needed by those who want to work abroad but do not have the financial resources to pay their placement fees. Mayaen relayed that 40 OFWs has availed of this program in 2014.

The provincial government also takes pride in being the first Local Government Unit in the country to come up with its own local Rebel Returnee Program. Last year, 43 communist rebels in the province were encouraged to come down from the mountain and join the mainstream of the society. Mayaen said with a meager amount of P5, 000.00 honorarium per month, the rebel returnees have proven their worth in various community and provincial affairs.

On agriculture, the provincial government purchased a 3.3 hectare site worth 1.8M in Butigue, Paracelis to house a corn field mill, a corn dryer facility, a storage facility, an administrative building and a retail store for agricultural products and supplies, a multipurpose gym, a nursery and water shed in the municipality.

The Office of the Provincial Agriculturist (OPAG) in coordination with DA-CAR provided production facilities and equipment to different beneficiaries in the province.

Mayaen further informed that a total of 17 project proposals for post-harvest facilities where submitted by the OPAG to the Department of Agriculture of which ten project proposals were completed while seven are still ongoing.

On environment and natural resources preservation, Mayaen said that for 2014, the provincial government directed a 100% conduct of strict foot patrol of communal watersheds and communal forests. It also conducted IEC’s on forest protection.

Aside from the road improvements, the provincial government constructed four open gyms to be found in Tonglayan, Natonin, Bontoc Central School andLagawa, and Otucan in Bauko. A total of nine foot trails, five drainage canals, multipurpose pavements and 15 education and public health facilities in various parts of the province were improved.