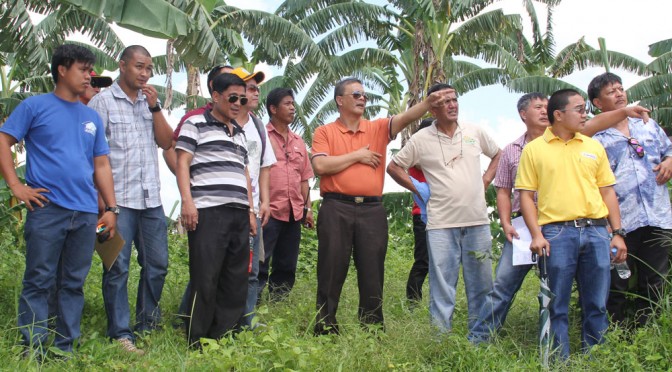 Paracelis, Mountain Province – In its bid to improve the economic status of local farmers and the province as a whole, the Provincial Government has set its sights in putting up corn feed facilities in this maize-producing municipality.

The 1.8 million-worth lot is expected to house a corn feed mill, a corn dryer facility, an administrative building, a storage facility, a retail store for agricultural products/ supplies, a multi-purpose open gym, a parking lot, a nursery and a watershed.

The purchase money is a part of the 5M the provincial LGU has allocated in its 2014 budget for this purpose. The said amount is earmarked for the purchase of the project site and the construction of needed structures within the site.For the corn dryer facility which has a total cost of 7.5 M, the amount was already provided by the Department of Agriculture –CAR and by the provincial government; 85% of the project costwas handled by the DA while the remaining 15 % came from the provincial government.  According to DA-CAR, this program is under its Corn Banner Program which is meant to address the perennial problems of farmers in maize-producing areas.  However, the release of the project fund by DA-CAR is dependent on the willingness of the partnering LGU to provide its counterpart. 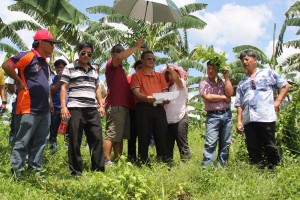 The project was conceptualized some two years ago during one of the governor’s visit to the locality where he learned that the corn farmers’ livelihood was very vulnerable to season, capitalists and distance to the nearest corn feed mill. Corn production in Paracelis happens only once a year and has been controlled by capitalists who shoulder the financial aspect of the work from the planting season to the time when the corn produce are brought to the mills in Santiago, Isabela which is 60 kms away from the municipality.

The farmers revealed that at most, they earn two thousand pesos from a one-hectare corn produce; this after all production costs have been deducted by capitalists.

This being the sorry plight of farmers in this eastern municipality of Mountain Province, Mayaen believes that the putting up of corn feed and corn dryerfacilities will not  only help stabilize the economy; more importantly, it will promote peace in the area as it will greatly reduce, if not eliminate, the threat of recruitment to the NPA.

“The facilities will help ensure that our corn farmers will get the most from their labor – they should literally enjoy the fruits of their labor and veer them away from ideas of joining armed groups,” Mayaen said.

Moreover, he explained that the presence of these corn feed facilities will ensure higher quality of corn which in turn commands higher buying price.The corn dryer will guarantee that the ideal moisture content of corn (not more than 14%) is achieved to prevent the occurrence of high aflatoxin levels in corn – a fungal infection that transpires in mold- and fungi-infected corns. The storage facility will make sure that the ideal moisture content of corn is maintained while waiting for dispersal which should be not a problem as there is a high demand for corn feeds in the province.

While the corn feed facilities is owned and will be managed by the provincial government, locals will be employed to do various works thereby giving them another source of income.