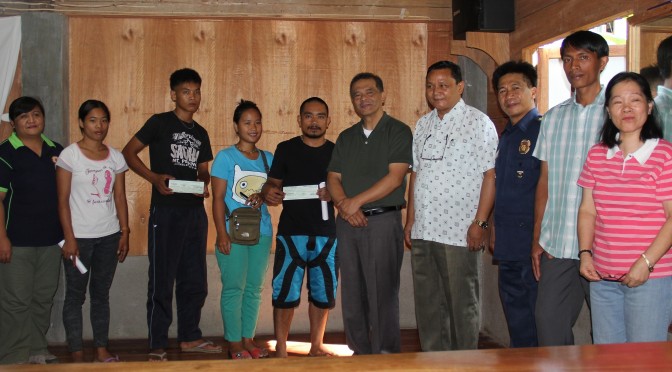 Provincial Social Welfare and Development Officer Rosalinda Belagan said that each recipient received a total amount of 65,000.00. This comprises the livelihood assistance of 50,000.00 and the immediate assistance of 15,000.00 upon their absorption in the program.

CLIP is a program of the national government for rebels who want to surrender, including those who gave up their arms since 2011. The funding of the program came from the Office of the Presidential Adviser on Peace Process (OPPAP) and was downloaded to the Department of Interior and Local Government (DILG) for its local implementation.

In Mountain Province, the provincial government through its Provincial Social Welfare and Development Office will implement the localized program in partnership with the DILG, Philippine National Police, and Armed Forces of the Philippines (AFP). // By Erwin S. Batnag