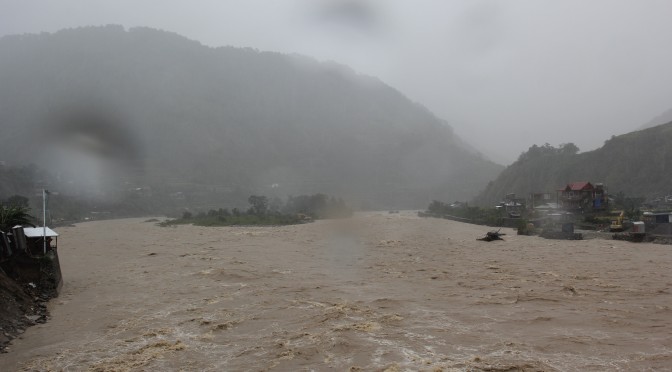 (Update) Bontoc, Mountain Province – Another body was recovered at Sitio Salin going towards Barangay Tocucan of this municipality after he was buried by mudslide.

His relatives identified the victim as Ricardo Allaking Gadangen, 56-year old, and a resident of Omfeg, Barangay Bontoc Ili.

Prior to this, the victim was reported missing by his relatives midnight of August 24, 2015. According to his relatives, Gadangen went to his rice field but did not go home.

With this, personnel of the Provincial Security Services Office (PSSO) and Provincial Disaster Risk Reduction and Management Office (PDRRMO) of the Provincial Government of Mountain Province who were trained on Search and Rescue and Basic Life Support, together with the volunteers and relatives of the victims were dispatched at 9:49 A.M. of August 25, 2015 at Silin, Barangay a Caluttit where the victim was last seen.

According to Kapon Gomgom-o of the PDRRMO, the body of Gadangen was found by the rescuers at 10:40 A.M. today. The cadaver was brought to the Bontoc General Hospital by the responders.

Also, the body of Neil Kayangeo, who went missing after he was drowned along the Chico River in Sitio Amchikangen at the height of Typhoon Ineng was reportedly found along the Cagayan River. However, the PDRRMO is yet to confirm if it is the body of Kayangeo.