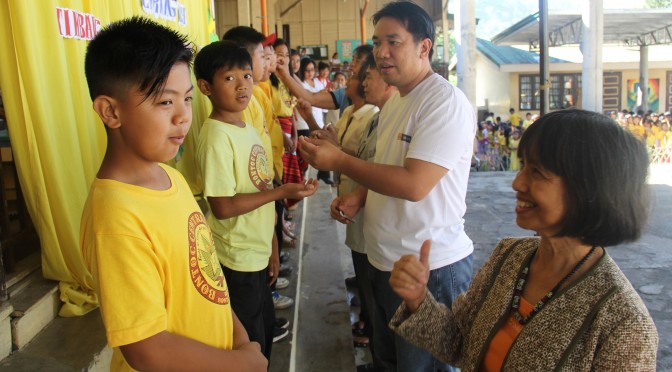 Bontoc, Mountain Province – About 5,137 students in the province are expected to benefit from the school-based immunization of the Department of Health (DOH) scheduled this August.

The program will cater to both private and public schools in the province. According to Mary Lee Piluden of the Provincial Health Office, the immunization will first cater to Grade 1 to Grade 7 students. She added that other grade levels will have their turn in the next immunization schedule.

The program is spearheaded by the DOH in partnership with the Department of Education (DepEd) and Department of Interior and Local Government (DILG) through their various local health units with the Provincial Health Office as the coordinator.

The school-based vaccination is a free service as emphasized in the DOH memorandum.

Aside from this, Mountain Province participated in the nationwide harmonized and synchronized deworming activity of the DOH and DepEd on July 29, 2015. Records from DepEd and the Provincial Health Office (PHO) shows that 24,934 students from both public and private schools in the province were dewormed.

The activity intended to eradicate one of the causes why school-age children get sick. Worm infections are among the most common infections transmitted through eggs present in human feces or waste which contaminates the soil and school children have the highest risk of any group as per DepEd records.

With the theme “Timbang Iwasto sa Tamang Nutrisyon at Ehersisyo,” the launching was held at Bontoc Central School where a simple program was held, and school children demonstrated proper hand washing that they learned.

Dr. Penelope Domogo of the PHO who is the guest speaker lectured about this year’s theme and urged the school children to maintain a healthy diet by eating nutritious food. She emphasized that it is important for school children to be healthy because poor health affects a child’s learning and concentration during classes. // By Erwin S. Batnag