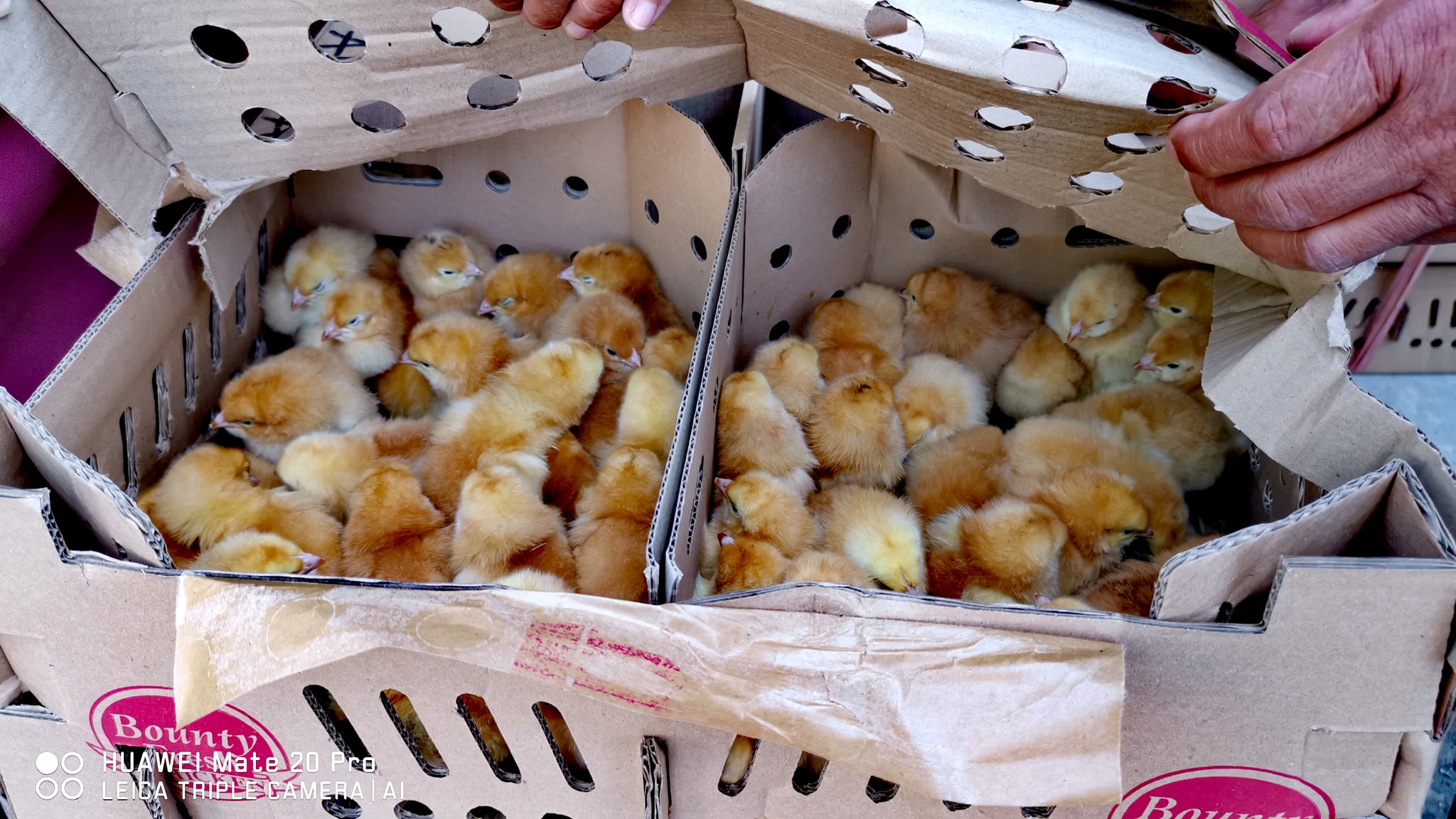 The day-old-chicks program is a part of the PLGU’s way of alleviating the conditions of families who suffered damages to crops and loss of livelihood due to the onslaught of Typhoons Ompong and Rosita in 2018.

Aside from the chicks, booster feeds were simultaneously apportioned among the recipients. 10 kilos of booster crumble feeds were given per 20 heads of day-old chicks.

“700, 000 pesos has been allotted for the day-old chicks’ joint program of the PDRRMC and the PVO. This is one way by which the Provincial Government can make its presence felt by our people,” PDRRMO Edward F. Chumawar, Jr. said.

In his brief message to the recipients, Governor and PDRRM Council Chair Bonifacio C. Lacwasan, Jr. expressed his prayerful wish for the success of chicken-raising endeavor of all the beneficiaries.

Prior to the distribution, the recipients were first oriented on the care of the day-old chicks by Josephine A. Daowan, Veterinarian II of the PVO.

She reiterated on the ideal care, kind of coop-environment and type of food for the chicks to ensure survival and timely reproduction and/ or laying of eggs.

One question raised during the orientation was the seemingly delayed egg production of some chicken that were earlier distributed. When asked as to what kind of chicken feed she used, she informed that she has been feeding the chicken with pig grower-feeds.

In view of the cited failure of the supposed layers to produce eggs, Daowan explained that such is the reason why animal raisers are being oriented on the proper feeding of the chicks/ chicken. Wrong kind of food will render the animals unproductive.

Daowan further explained that while some feeds can make the animals grow faster and bigger, this doesn’t guarantee reproduction and egg-laying.

As regards the transport of the chicks to the different municipalities, Provincial Veterinarian Rodelio Bagawi advised that it would be more conducive for the chicks to be transported in an air-conditioned vehicle or if not, during the colder time of the day to ensure the chicks’ survival.

Ms. Faith Pec-ao, Agriculturist I, PVO, explained that the day-old chicks are more fit for travel as compared to week-old chicks. Thus, the chicks were outrightly ferried from the source to the province and as advised, that these should be taken home by the recipients right after the turnover.

Meanwhile, Bagawi encouraged the other attendees to engage in animal production, goatmilk production and egg production as additional livelihood.

“Aside from the technical assistance, animal vaccines and supply assistance that may be given to entrepreneurs by our office, you can also avail of major assistance from other funding agencies like the Department of Agriculture,” he said.

To further spur interest, Dr. Bagawi cited people who are now enjoying the benefits of the PVO and funding agencies’ assistance to their animal and/ or dairy production.