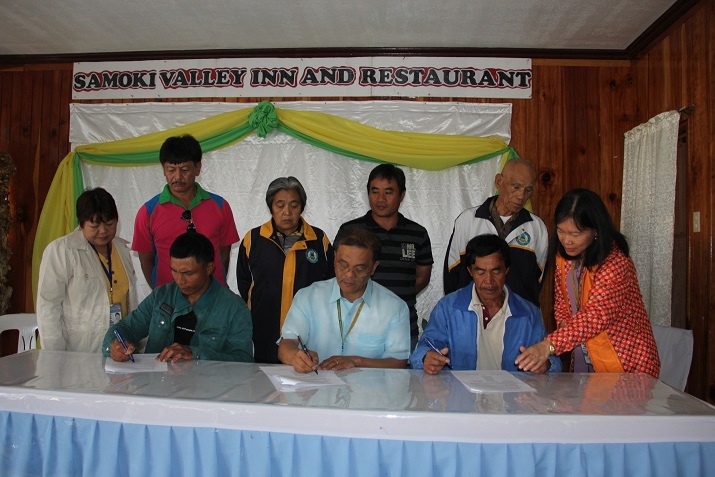 Bontoc, Mountain Province – The Provincial Government of Mountain Province through its Rebel Returnee Livelihood Program continues to support former rebels following the signing of the Memorandum of Agreement (MOA) for the renewal of their work contracts last February 17, 2016.

Provincial Social Welfare and Development Officer Rosalinda T. Belagan said that the program is now on its sixth year of implementation. Under the program, each recipient receives a monthly honorarium of 5, 000.00 in exchange to community services in their respective barangays with the supervision of their Punong Barangay.

In his message, Governor Leonard G. Mayaen said that the program’s continuity is based on the local government unit’s (LGUs) mandate to support the former rebel’s integration to the mainstream of the society. He further thanked the legislative body of the provincial government for its full support in the implementation of the program.

“It is also worth mentioning the legislative body’s role as it is responsible in forging bylaws and we won’t be able to come up with important programs like this one if not with their full cooperation,” Mayaen stressed.

Meanwhile, Belagan said that through this program, the provincial government is welcoming rebels from Mountain Province who want to return to the folds of the law. “The Provincial Social Welfare and Development Office is willing to help those who wants to surrender,” Belagan assured.